This Powerful Oxidizer Can Replace Chlorine, But Is it Better?

You're probably familiar with a hydrogen peroxide as a topical antiseptic for disinfecting a cut or maybe for bleaching hair. What you may not know is that hydrogen peroxide is a powerful oxidizer that can be combined with ultraviolet light to disinfect swimming pools.

The combination of ultraviolet disinfection with hydrogen peroxide allows pool owners to safely eliminate all chlorine in their pool or spa. Unlike some other methods for creating a chlorine-free environment, the combination of ultraviolet disinfection and hydrogen peroxide is both proven and effective. This method is most popular in hydrotherapy pools and spas, and with individuals who are allergic to common pool chemicals.

What Kind of Hydrogen Peroxide is Used in Pools and Spas?

How Much Hydrogen Peroxide is Needed for a Pool?

Hydrogen peroxide disinfection requires a high dosage. Although it varies depending on bather load, the typical concentration of hydrogen peroxide is 30 to 40 ppm in a typical swimming pool or spa. Some high-use pools and spas may require up to 100 ppm.

The Synergy of Ultraviolet Light and Chlorine

Ultraviolet and hydrogen peroxide is so effective at controlling biological growth, that is has become the method of choice in high volume medical facility pools. Warm water therapy pools and therapy spas are breeding grounds for bacteria and other pathogens. Ultraviolet combined with hydrogen peroxide is extremely effective at controlling bacterial growth, destroying organic matter, and improving water clarity.

Disadvantages of Hydrogen Peroxide use in Swimming Pools

Perhaps the biggest disadvantage is the relatively high dosage required and the short life of hydrogen peroxide. Also, hydrogen peroxide is not compatible with DE filters, which represent about one/fourth of the residential swimming pool market. The hydrogen peroxide will actually dissolve the DE. Additionally, the hydrogen peroxide levels must be carefully monitored and adjusted. Installing an automatic dosing system with an oxidation reduction potential (ORP) controller will add significant expense. We cannot forget that hydrogen peroxide levels greater than 100 ppm are dangerous and can be harmful to the eyes. As with any strong oxidizer, care must be taken when storing and handling.

Second, we always ask if there is a reason for not using chlorine. If someone is allergic or sensitive to chlorine, then hydrogen peroxide should be used. However, many pool owners base their decision to get away from all chlorine on a bad experience with water chemistry or misinformation. A low dosage of chlorine is safe and effective. All of the common problems with chorine are a result of poor water management, chloramines, and other chlorine by-products, not the chlorine itself.

SpectraLight clients are delighted when they discover how easy pool maintenance can be when SpectraLight is combined with a low dosage of chlorine (just 0.5 ppm). Most importantly, SpectraLight eliminates chloramines and disinfection by-products, making pools safer, healthier, and easier to manage than traditional disinfection methods. 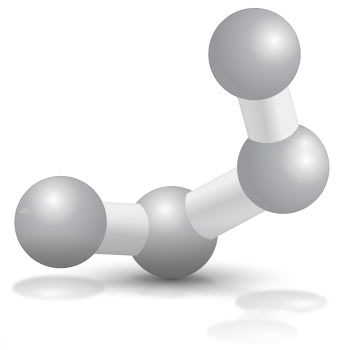